Roadworks are set to get under way in Billingham as the expansion of the FUJIFILM Diosynth Biotechnologies (FDB) site steps up a gear. 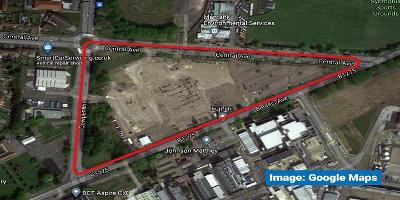 The firm is currently based on the south side of the B1275 Belasis Avenue but a multi-million pound expansion will see it grow into a new BioCampus on the former Billingham House site on the north side of the road.

Changes to the area's road network are needed to create a single secure boundary around the expanded site, which will include a purpose-built facility and create highly-skilled jobs.

This will involve the permanent closure of the section of B1275 Belasis Avenue between its junctions with Cowpen Lane and Central Avenue to make way for the FDB expansion.

Councillor Bob Cook, Leader of Stockton-on-Tees Borough Council, said: "We've been proud to support the success and growth of FUJIFILM Diosynth Biotechnologies at their Billingham site for many years now.

"These changes are needed because Belasis Avenue cuts right through the newly FDB expanded site, so we need to close that stretch of road and reconfigure the surrounding network to enable that expansion to take place.

"We know that road closures are inconvenient to road users, but we've scheduled as much of the work as possible to take place during the school summer holidays so as to minimise disruption.

"I would appeal for everyone's understanding and patience as they really are necessary to support this kind of industrial growth.

"FUJIFILM Diosynth Biotechnologies are one of the Borough's largest employers and it's fantastic that they are putting down more roots and really marking their commitment to our area."

The main works are set to start on Monday 19 July with an initial phase set to last until the end of the school summer holidays.

Belasis Avenue will then be permanently closed between its junctions with Cowpen Lane and Central Avenue, with completion of the scheme expected in November.

On completion, a permanent 7.5tonne environmental weight restriction will then be put in place on Central Avenue between Cowpen Lane and Station Road roundabouts as well as on all of the residential side roads off this stretch.

This is necessary to prevent heavy goods vehicles using the residential sections of Central Avenue as an alternative route once the section of Belasis Avenue needed for the Fujifilm expansion has been closed.

Larger vehicles will be required to use a more appropriate route that takes in roads part of the B1275 (Central Avenue, Cowpen Lane, Belasis Avenue, South View and Billingham Bank) as well as the A1027 by-pass.

The scheme is being funded by the Tees Valley Combined Authority with contributions from Stockton-on-Tees Borough Council, FUJIFILM Diosynth Biotechnologies and Johnson Matthey.