A rogue trader who left customers badly out of pocket after failing to complete any of the work has been handed a suspended custodial sentence and ordered to pay compensation. 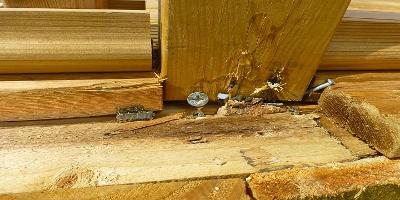 Mr Parker, 39, of Neasham Avenue in Billingham appeared at Teesside Crown Court yesterday (Monday 22 March) and was given a 12 month custodial sentence suspended for 12 months and ordered to pay £2,400 in compensation.

At an earlier hearing on 17 November 2020, Mr Parker pleaded guilty to three offences of engaging in unfair commercial practices under the Consumer Protection from Unfair Trading Regulations 2008.

After receiving deposits for each of the three jobs between June 2019 and July 2020, Mr Parker failed to adequately complete any of the work paid for.

On two occasions, apart from some initial digging out, no work was done at all.

The standard was so poor in the third case that a chartered surveyor declared Mr Parker's decking work to be of no value and that there was little prospect of the wood used being salvageable.

Despite promising refunds to his customers none ever materialised and the court declared that a total of £2,400 in compensation be paid across the three customers.

In mitigation, Mr Parker said that family issues had led him to take on more work than he could manage.

Jamie McCann, Stockton-on-Tees Borough Council's Director of Community Services and Transport, said: "Mr Parker's conduct in each of the three cases was simply unacceptable and has caused considerable financial and emotional stress.

"Traders must take their legal obligations seriously or they will very likely find themselves dealing with the consequences in court.

"I hope this serves as a lesson to Mr Parker and as a warning to others that our Trading Standards team robustly investigate reports of unfinished and substandard work."