All aboard for Stockton and Darlington Railway Specialist Market

A specialist railway-themed market is heading to Stockton town centre this weekend as part of celebrations to mark the 196 birthday of the Stockton and Darlington Railway. 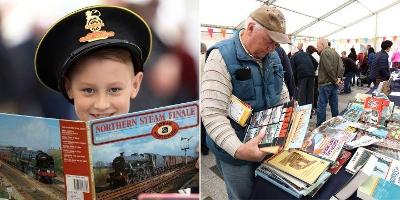 The free market on Saturday, September 25 will host a range of enthusiasts, exhibitors and traders selling and showing railway related displays, gifts and memorabilia.

The event, which is being held from 10am to 4pm, is part of the countdown to the 2025 bicentenary, which will celebrate 200 years since the first journey made on the famous Railway. It is being organised by the Friends of Stockton & Darlington Railway in partnership with Stockton-on-Tees Borough Council and will take place on Stockton High Street.

At the market there will be free, railway-themed activity packs for children to take away and enjoy at home, taking them on a whistle stop tour of the history of the dawning of the age of passenger rail.

Visitors to the town centre will also be able to hear atmospheric sounds and stories of the railway as they walk through Wellington Square, transporting them back in time. The original music, which has been composed by Apollo Arts and their Young Music Leaders Programme, will be complimented by treasured train travel stories recorded by children from across Stockton-on-Tees Borough.

Councillor Jim Beall, the Council's Cabinet Member for Health, Leisure and Culture, said: "The modern railway started in this Borough in 1825 and its impact since has been revolutionary in changing history, industry and the way people travel.

"This market celebrates the 196th anniversary of railway and at Saturday's event there will be something for railway enthusiasts and all the family alike.

"So, come along to the market and join in as we gear up and go full steam ahead towards the countdown to the 2025 bicentenary.