Tributes have been paid to former councillor and Council Leader Bob Gibson OBE who has sadly died. 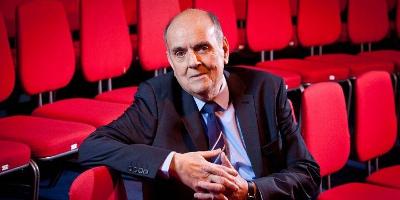 Bob, 82, served for 34 years in local government in Stockton-on-Tees, including 17 as Council Leader.

He was first elected to Cleveland County Council in 1981 and then onto Stockton-on-Tees Borough Council in 1982 where he remained as a councillor for the Newtown ward until 2015.

During this time he chaired the Association of North East Councils and the North East Assembly and was awarded an OBE for his services to politics in 2006.

In 2015 the Council conferred its highest ceremonial honour, the Freedom of the Borough, on Bob, who was also presented with Honorary Alderman status.

Leader of Stockton-on-Tees Borough Council, Councillor Bob Cook, said: "I've known Bob since 1981 and have had the pleasure of seeing him work tirelessly to help generations of people across the Borough - both at the council and helping the community at the Stockton Law Centre, which he helped set up.

"He was an excellent ward councillor and formidable leader. From 1990 to 2007 he led the Council, which included the turbulent Local Government re-organisation which resulted in Stockton becoming a unitary authority in 1996.

"His dedication to the Borough, local and regional government was first class. Members and officers across the authority will remember him fondly for his dry sense of humour, passion, commitment and drive to improve services and opportunities for Stockton-on-Tees' residents."