Top of the class! 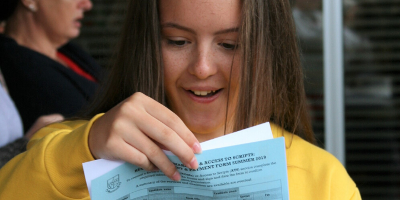 An impressive 67.5 per cent of the Borough's students achieved 9-4 grades in English and Maths at GCSE in 2019.

This figure is also well above the 64.6 per cent national average for all state funded schools. The North East average is 61.6 per cent.

The results come at a time when £52million is being invested in transforming school buildings across the Borough.

Councillor Lisa Evans, Cabinet Member for Children and Young People, said: "This is a top-class set of results and it's testament to the effort and commitment pupils have put in.

"It's also due in no small part to the fantastic support they're given by teachers, governors, school and council support staff and, of course, their parents and carers. I'd like to say a huge well done to all concerned.

"We're committed to supporting high levels of attainment across the Borough but we're far from complacent and will be continuing to work very hard to help all of our children and young people fulfil their potential."

Meanwhile 71 per cent of pupils in Stockton-on-Tees' primary schools reached expected targets in reading, writing and maths, the highest figure in the North East.

Stockton is also above the North East and national average for expected standards in reading (75 per cent) and maths (72 per cent).

And an A-Level pass rate of 98 per cent means pupils and students in the Borough's sixth forms and colleges are outperforming the national average too.

Councillor Evans continued: "As a Council, we have always encouraged a culture of ambition for all students, regardless of any barriers they may face.

"These results will give the children a strong foundation to go on to further success."