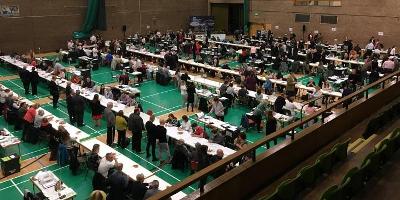 The overall turnout was 32.07% - the highest turnout was in the Norton West ward with 47.2% while the Hardwick and Salters Lane ward was the lowest with 21.6%.

Stockton Borough has 56 councillors and 26 wards, with between one and three councillors representing each ward.

The political make-up of the Council before the election was: Labour 30; Conservative 12; Ingleby Barwick Independent Society 5; Thornaby Independent Association 3; Independent 5; and Liberal Democrats 1.

A full round up of results can be viewed on the Council's website Elections and voting.