Recycling site changes are almost here: Here's what you need to know

Changes to recycling sites in Stockton-on-Tees will take effect later this month. 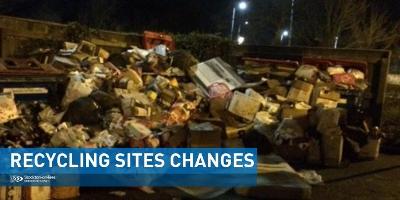 Changes to recycling sites in Stockton-on-Tees will take effect later this month.

What are "bring sites"?

"Bring sites" are designated recycling areas in car parks and on streets. The materials accepted include paper, glass, cans, cardboard, plastic bottles and textiles. Following the review the number of Council-run bring sites will reduce from 17 to seven.

Which sites will remain open?

Which sites will close?

The following sites will close with their last day of operation as follows:

Councillor Mike Smith, Stockton-on-Tees Borough Council's Cabinet Member for Environment and Transport, said: "These changes will enable us to retain a good spread of well-used sites around the Borough, while closing sites that aren't well-used. Keeping seven sites also means we'll still have far more sites than nearby authorities. Now is also a good time to remind people that, through our fortnightly household recycling collection, we effectively give people a 'bring site' on their doorstep."