Speeding drivers across the Borough's roads are set to be targeted after vehicles were clocked at speeds over 70mph in 30mph zones. 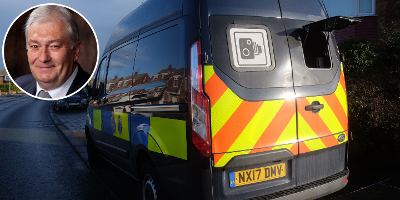 The Council's Road Safety team work in close partnership with Cleveland Police to share intelligence on locations where speeding has been identified as a significant problem.

The next round of targeted enforcement will focus on the roads of Ingleby Barwick where excessive speeds have been regularly recorded.

What speeding issues have been identified in Ingleby Barwick?

Concerning speeds have been regularly logged throughout Ingleby Barwick, including in built-up areas, near to schools and at all times of day.

Here are just a few examples:

As well as these extreme cases, officers have recorded the percentage of drivers generally speeding above the road limits:

"It's not just happening in Ingleby Barwick. What about the speeding where I live?"

An enforcement campaign will be underway shortly at sites in Ingleby Barwick but it won't be the only area targeted in future.

The operation will move across Stockton-on-Tees to problem areas when intelligence gathered by the Road Safety team, shared with the police, shows action needs to be taken.

"Some of the worst incidents have occurred in broad daylight and residents tell us it's something they're worried about.

"We know this is not an issue confined to Ingleby Barwick alone and that the majority of drivers do drive responsibly but I'm delighted to announce this crackdown, thanks to our partnership with Cleveland Police.

"This campaign is sending out the message that if you speed on our roads you are putting people's lives on the line, it is not acceptable and you will face the consequences."

"We listen to complaints from members of the public as well as complaints received via our local authorities and councillors.

"Stockton-on-Tees Borough Council approached Cleveland Police with a multitude of complaints regarding speeding concerns around Ingleby Barwick, highlighting several areas of concern and in response a partnership operation has been coordinated to reduce the number of potential casualties on our roads.

"The operation will take effect from week commencing Monday 16 September for one week with continued sporadic enforcement thereafter.

"Cleveland Police remain resolute in their approach to reducing serious and fatal collisions."