The number of jobs in Stockton-on-Tees has hit a record high, new figures have revealed. 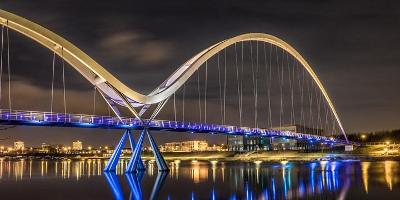 The Office of National Statistics figures, presented to the Council's Cabinet as part of an annual economic climate report, put the number of jobs at in the Borough at 93,000.

That's 8,000 more jobs than in 2012, which is more than double the rate of growth across Tees Valley over the same period.

The findings come just over a year after Stockton-on-Tees was revealed to be the powerhouse of the Tees Valley economy.

Councillor Nigel Cooke, the Council's Cabinet Member for Regeneration and Housing, said: "The total number of jobs equals the previous high set in 2015 and makes for very encouraging reading.

"And it wasn't the only encouraging aspect of the report.

"We've got over 1,000 more businesses now than we had five years ago. That's up 25 per cent, which is higher than the North East rate of growth.

"Business resilience is impressive too - 44 per cent of new business start-ups here in 2012 were still active five years later.

"Then you look at the workforce. A reported 35.2 per cent of working age residents are qualified to at least NVQ Level 4 or equivalent.

"A skilled workforce is absolutely essential if we are to compete in the global economy and again, that's significantly higher than in Tees Valley and the North East."

Also picked out in the report was the £45million of business investment in the Borough last year, in everything from new factories to go-karting facilities.

And key sectors in the Borough are listed, including advanced manufacturing and engineering, chemicals and process, construction, logistics, and scientific research.

"Taken as a whole, this is powerful evidence that the Borough is a really attractive and supportive place to do business," said Councillor Cooke.

"And that's pleasing because we pride ourselves on being a business-friendly, 'can do' council, and we recognise that businesses are the creators of jobs and prosperity.

"We also recognise we're just one part of a thriving Tees Valley, and we work closely with neighbouring councils and the Combined Authority to support economic growth.

"We're proud to be home to some great businesses of all sizes too, from small enterprises to international brands like Quorn Foods, Nifco, Venator, Tata and Fujifilm.

"We work very hard to attract and support them by doing our bit to create conditions in which they can flourish and grow.

"What this report gives us is confidence we're on the right track, but we know there's lots more still to do."