Money saving proposals to replace Stockton-on-Tees Borough Council's 10 office buildings with two offices for all its staff will be considered by councillors next week. 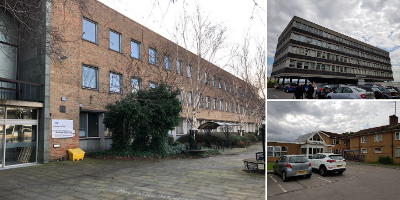 The proposals have been drawn-up after condition surveys confirmed the 10 existing buildings need at least £25million worth of maintenance and repairs over the next 25 years.

The running costs of the existing buildings, which include things like energy bills and rates, are an additional £1.2million a year.

Under the proposals, a new Council office with library and customer services centre will be developed in Stockton alongside the proposed new riverside park on the site of the Castlegate Centre and Swallow Hotel.

A second new office will be developed in Billingham, complementing the town's £2.7million library and customer service centre, which opened in 2015.

The proposals for the new buildings will be considered at Cabinet next Thursday (February 20) alongside a broader report proposing the demolition of the Castlegate and the Swallow Hotel and creation of a new riverside park.

Council Leader, Councillor Bob Cook, said: "We have around 1,000 fewer people working for the Council than we did 10 years ago so we don't need as much space as we did.

"When you look at the costs associated with having so many buildings, it's clear we need to rationalise our estate. Any large organisation in our position would do the same.

"A lot of work has gone into developing these proposals, which build on the findings of an in-depth cross-party review of the Council's building stock by the People Select Committee.

"The Scrutiny Committee found our current buildings aren't suitable for modern working and looked at a number of options including doing nothing, refurbishing of some of our buildings, and new build options.

"They concluded that a single main building was the best solution and should be investigated further. We've now done that investigative work and following further engagement with staff and stakeholders what we're proposing is two new offices - one in Stockton and one in Billingham - which is where most of our staff are currently based.

"The fact that this coincides with our plans to demolish the Castlegate Centre and Swallow Hotel gives us a great opportunity to kick-start the regeneration of that prime riverside site while also reducing our costs.

"But I'd like to be very clear and say that even if we weren't looking to demolish Castlegate and the Swallow Hotel, we would still be pursuing this new approach - the bottom line is it's cheaper and greener.

"I'd also like to be very clear in stating that this would not affect the other customer service centres and libraries we have in towns across the Borough - they are going nowhere."

Where are the Council's existing offices?

The buildings are as follows:

What will happen to the existing buildings?

If the proposals are agreed, there will be a full review on the future options for each of the buildings.

Some of the sites occupied by the buildings are suitable for housing, particularly affordable housing, which is much-needed across the Borough.

The findings of this review would be brought back to a future meeting of the Council's Cabinet.

The responses to the ongoing consultations in town centres across the Borough would also be taken into consideration in the review.

How can new buildings be cheaper than just keeping the old ones?

The maintenance bill for the 10 existing buildings is at least £25million over 25 years and they also cost an additional £1.2million each year to run.

The new buildings would cost £32million but would have much lower running costs, saving the Council an estimated £120,000 a year - a total of £3million over 25 years.

A new building can also last for 50 years, which is around twice as long as refurbished buildings.

The sale of some of the existing buildings, if agreed, would also bring in additional capital receipts to the Council and the value of the sites can be released for wider benefit to the borough.

How would the buildings be paid for?

The cost of the buildings could be met through borrowing but if the proposal is agreed, other options will also be explored.

One alternative for the Stockton building would be for a private developer to fund and build the office alongside the proposed new riverside park on the Castlegate and Swallow Hotel site.

The Council would then take a long-term lease on the building.

Councillor Cook said: "We've seen a number of other councils deliver their new office buildings in this way, which means they haven't had to borrow the money themselves.

"Having a local authority as tenant is attractive to institutional investment companies and initial discussions indicate there would be a strong market interest so, it's definitely an option that's open to us.

"The alternative funding options for the Billingham building will be looked at in more detail once we have people's feedback from the current town centres consultations. There may be opportunities to link in with other developments too."

Is this all about saving money?

"It's primarily about saving money but it's also about future-proofing our estate," said Councillor Cook. "How we work has changed and new buildings would support modern, flexible working and greater collaboration between services.

"There would also be huge environmental benefits. We've actually halved our carbon emissions in the last 10 years, yet electricity and gas consumption in our buildings still accounts for more than half of our overall emissions.

"The inefficient nature of our existing buildings will make any further reduction extremely difficult to achieve, so this is only way for us to make further gains and lead the way in tackling climate change."

Why not just move into one of the numerous other empty offices in the Borough?

We have looked into this in detail and we have not identified any that are big enough to accommodate our staff.