The Government is to impose strict new COVID-19 measures in Stockton-on-Tees, it was confirmed tonight. 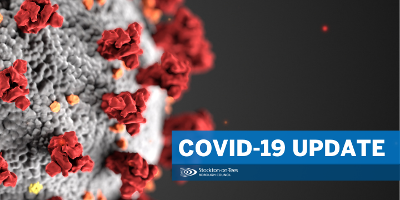 It comes as the Government rolls out a new three-tier system of COVID-19 alert levels, with areas being put on "medium", "high", or "very high" alert.

And it has placed the Borough of Stockton-on-Tees into the "high" alert level, meaning a number of new restrictions will come into effect from 00:01 tomorrow (October 14).

The announcement comes after the Borough's 7-day rate rose to more than 300 new cases per 100,000 population for the week ending October 11.

"The unfortunate fact is that despite people's best efforts, case numbers have risen sharply here and in many areas of the country," said Councillor Bob Cook, Leader of the Council and Chair of the Borough's Local Outbreak Engagement Group (LOEG).

"That has led to this announcement confirming the Government is imposing a range of strict new measures on the Borough in the hope of slowing the growth in new cases and getting the spread of the virus under control.

"It is important that we all follow the rules and get case numbers down. That's the only way we're going to get these Government rules relaxed as quickly as possible and keep people safe."

Councillor Cook added: "Meanwhile, we continue to press the Government to release additional financial support for the businesses most impacted by this, and for other measures such as a more effective, locally-led tracing service.

"We have some very serious concerns - we set all this out to Government last week and have written to them again this week but we've heard nothing back. It's just not acceptable.

"We need more support for businesses in the Borough and we need the test and trace system to work far more effectively."