Fresh from their Glastonbury exploits, The Sherlocks are set to rock Stockton Stages in just over three weeks' time - and tickets are now on sale. 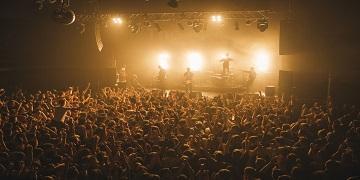 And now they're heading to Stockton's Ku Bar, where they'll be performing on Friday, July 21 as part of the new Stockton Stages music and comedy festival.

The night kicks off at 7pm, with Catalyse and Oddity Road joining The Sherlocks on the bill.

Meanwhile, also from 7pm on the same night, the Georgian Theatre welcomes Essex quintet Eliza and the Bear, Scalesia, and Cellar Door.

Tickets, priced £12, are on sale now and get you into both venues.

Stockton Stages takes place from Thursday, July 20 to Saturday, July 22 and will be opened by award-winning comedian Russell Kane at ARC.

There'll be free live music in the Green Dragon Yard, Bishop Street Car Park and The Storytellers as well as a record fair, silent discos, and mass karaoke.