A "mammoth" effort to support Stockton-on-Tees residents and businesses hit hard by the Covid-19 pandemic has been praised by a Council Leader. 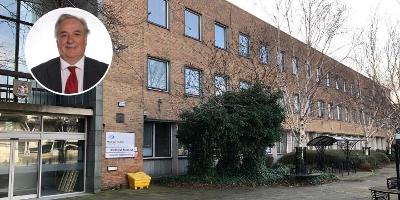 But Councillor Bob Cook, Leader of Stockton-on-Tees Borough Council, warned difficult times lie ahead as the Borough gets back on its feet.

A report to the Council's Cabinet yesterday laid bare the impact the pandemic has had on the Borough.

But it also detailed the response from the Council and other agencies, who continue to work closely together to support those most affected.

What did the report say about the impact?

A total of 9,350 people - that's five per cent of the Borough's population - were identified as extremely vulnerable and advised to shield.

To date, 25 of the Borough's 52 care homes have reported suspected or confirmed cases of Covid-19.

More than 8,000 residents are now claiming Jobseeker's Allowance or Universal Credit - that's up 66 per cent since March.

And more than 20,000 residents have been furloughed through the Government's Job Retention Scheme.

What about the response?

"The response has been swift and wide-ranging," said Councillor Cook. "It's been a mammoth effort and our staff and partners have really risen to the challenge.

"We worked with Catalyst and immediately mobilised an army of volunteers to provide help to those most vulnerable during lockdown.

"We stepped in to provide a packed lunch offer from our Family Hubs while a national voucher scheme was being worked out.

"The scheme delivered an average of 1,300 packed lunches a day to families entitled to free school meals.

"We've worked closely with schools to help them stay open for vulnerable children and children of key workers, and to provide an online home learning offer alongside that.

"We've managed to get over 700 laptops out to some of the Borough's most disadvantaged and vulnerable pupils so they can access that online learning.

"On top of all of that, we've re-billed thousands of households to provide Council Tax reductions and set up rescheduled payment dates set up for thousands more.

"We've contacted every shielding resident in the Borough and we've supported care homes, providing a temporary increase in the fees we pay them."

He added: "We were one of the best performing councils in the country for the speed of our business support too.

"We've paid 2,580 small businesses a total of £30.3million in support grants and is now administering an extension to the scheme.

"Despite all that we've done, the fact remains that the pandemic has had a profound impact on the Borough and the effects will be long lasting," said Councillor Cook.

"We've shown great leadership so far but that's just the start because we must now lead a recovery and that is going to be a very challenging and difficult process.

"The people who were most vulnerable before will be even more vulnerable now.

"It's an incredibly uncertain time for businesses, and that will intensify as Government support packages come to an end.

"We're working on our Borough-wide recovery plans now and we will ensure we target help and support at those who need it most.

"What doesn't help is the budget gap we're facing as a result of everything we've done to mitigate the effects of the pandemic so far.

"We hope the Government does the right thing and honours its pledge to give councils the resources they need to meet this challenge.

"Whatever happens, you can be sure that we never lose sight of the fact that we are here to serve the people of the Borough and it is our privilege to do so.

"At next week's Full Council meeting I will present our Council Plan and set out our approach to recovery alongside our wider plans for the Borough through to 2023.

"I know we can rely on our staff and our partners to step up to the challenge and lead this recovery together."