Stockton-on-Tees Borough Council is holding a range of events to support our Armed Forces community and celebrate the work they do at home and abroad. 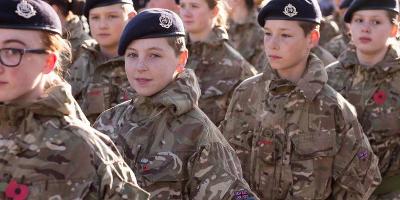 On Monday (June 25), Armed Forces Week will kick off with a Flag Raising Ceremony at 10.15am outside Stockton Town Hall.

The Mayor of Stockton-on-Tees, Councillor Eileen Johnson, will join members of the Armed Forces, the British Legion, and both serving and retired troops for the short parade and ceremony. Colonel (Retired) John Heron TD from the Durham Light Infantry Association will make a speech emphasising the importance of Armed Forces Week.

From 9.30am until 3.30pm,the area south of the Town Hall will be a hive of activity - with military vehicles, equipment and displays.

There will also be information stands about the Army, Navy and Air Force, and an inflatable paintball range will entertain the younger crowd.

Throughout the morning visitors can enjoy performances by local primary school choirs, and a medley of songs from the wartime era.

But the centerpiece will be a Freedom Parade by soldiers from the Yorkshire Regiment starting at 2pm.

Armed Forces Week will conclude next Friday (June 29), with the Mayor's Charity Duck Race to raise money for the charities helping wounded soldiers from the three regiments that have 'Freedom of the Borough'. It will take place at Tees Barrage International White Water Centre at 10am.

Hundreds of bright yellow ducks will hurtle down the rapids, with prizes for the first ten small ducks and the first three larger, corporate ducks.

The Mayor of Stockton-on-Tees, Councillor Eileen Johnson, said: "Armed Forces Week is a great opportunity for the people of the Borough to show their support to the wonderful men and women who currently serve and those who have served. I hope that as many people as possible will come to see the displays and cheer the Yorkshire Regiment as they parade down the High Street. Anyone wanting to sponsor a duck or make a donation can do so on Armed Forces Day.