SIRF is ON this summer...just not as we know it!

Stockton International Riverside Festival (SIRF) is ON this summer, but with a crucial difference: it's a virtual festival. 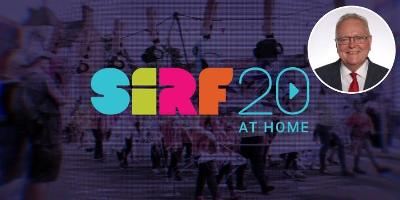 But what does that mean?

"It means we'll be bringing SIRF to you, wherever you are," says Councillor Jim Beall, Stockton-on-Tees Borough Council's Cabinet Member for Health, Leisure and Culture.

"The SIRF team will be presenting a really special programme that people can access at home - with brand new recordings of performances as well as look backs.

"There'll also be video workshops explaining how you and your family can make costumes and record footage to send us for use in a virtual community carnival film.

"And if you're not online, there'll be SIRF activities that we can post out to your home so you can still get involved.

It also means this year's SIRF will be called 'SIRF at Home'.

Here's what to expect.

The Community Carnival is one of SIRF's most iconic moments.

"Of course that can't happen this year, but there's another way of keeping the carnival spirit alive," says Councillor Beall.

"Every week, starting next week (May 25) there will be 'how-to' video workshops uploaded to the SIRF social media channels.

"We want people to get involved by making carnival items like costumes, home-made musical instruments and flags.

The film, featuring footage from carnivals past and present, will be broadcast on the SIRF website and social media channels at 12noon on Saturday, August 1.

SIRF has been going for more than 30 years now, and holds a special place in people's hearts.

"We're making a series of films for SIRF week and they'll no doubt prompt much nostalgia," says Councillor Beall.

"There's a memories film based on a wonderful archive of images from festival-goers and the collection of Gilmar Riberio, who photographed SIRF for about 20 years.

"There are also 'I Love SIRF' and 'Your Reviews' films featuring people's thoughts on what it is they like most about SIRF, and some of the acts we've had over the years.

"And there's a special film for launch night, featuring some of the best opening shows over the years.

"We'd love people to contribute their own footage, memories and reviews through the SIRF website."

The films will be broadcast on the SIRF website and social media channels from Monday, July 27 to Thursday, July 30.

Brand new performances recorded by SIRF acts that had been on the bill for this year's festival will be released on the SIRF website throughout the weekend.

"As people can't come to SIRF this year, we thought we'd bring a bit of SIRF into people's homes," says Councillor Beall.

"There'll be videos of performances, interviews with acts, work in progress shows and more.

"This will culminate in a compilation film of past SIRF finales going live on the Sunday evening."

The films will be broadcast on the SIRF website and social media channels from Friday, July 31 to Sunday, August 2.

Not everybody's online, but that won't stop SIRF at Home reaching people wherever they are.

"SIRF at Home means what it says, and really will be coming to homes across the Tees Valley and beyond whether you're online or not," says Councillor Beall.

"We'll be harking back to much loved forms of communication, going 'old school' in many novel ways.

"There'll be printed post, thought-provoking activities and even chats and poems down the phone!"